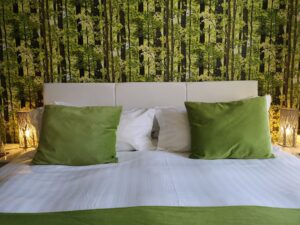 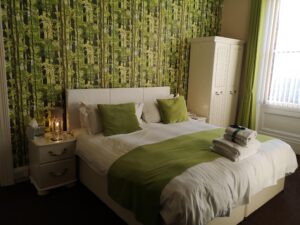 Cook is a Spacious Super King at the front of the house on the first floor.
It has a large contemporary en-suite with large powerful shower.

All our rooms come as standard with:-

The room is named after James Cook
James Cook learned his skills at sea whilst working on the coal ships sailing between Newcastle and London. His employer was John Walker, a Whitby Quaker who owned several ships known as the ‘Whitby Cats’ – Endeavour, Resolution, Adventure and Discovery, which were to carry James Cook and his shipmates on their three great voyages of discovery.