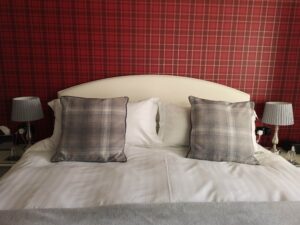 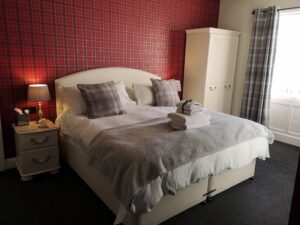 Abbey is a spacious Super King room at the front of the house on the second floor.
It has a large contemporary en-suite with large powerful shower.

All our rooms come as standard with:-

The room is named after St Hilda’s Abbey
The ancient abbey ruins stand on land, which has been the site of Christian worship since 657 AD. In that year Hilda a princess of the Northumbrian royal family, was given the land for the purpose of setting up a monastic community of monks and nuns. In 664 AD her new religious settlement was selected as the venue for the Synod of Whitby, a meeting between the leaders of the early Christians who followed Celtic practices and those who followed the ways of the Roman church. Easter dates were decided here and are still used today.